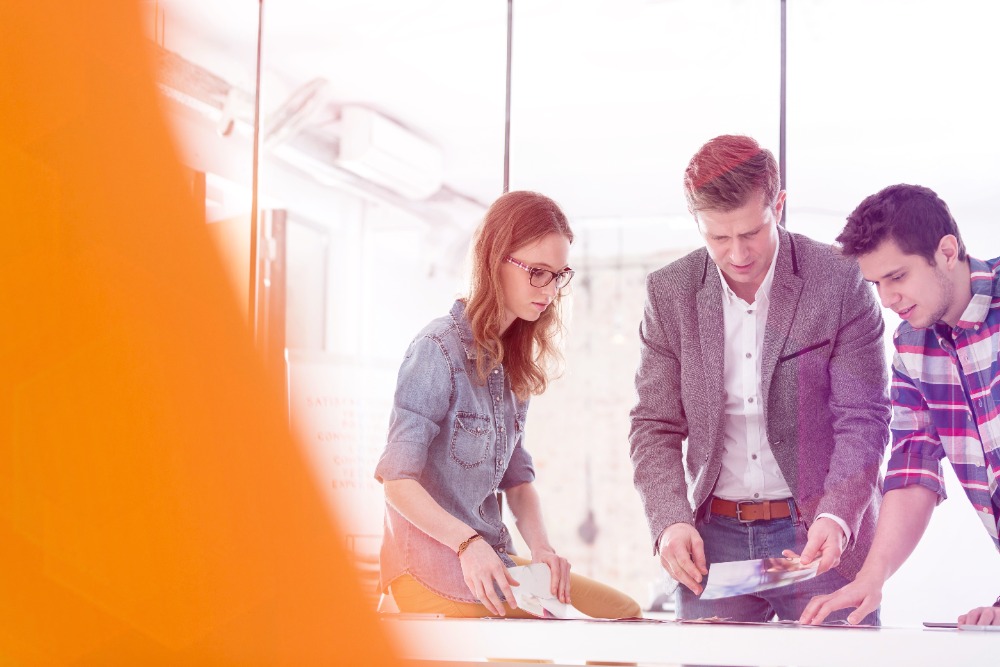 If you’re into cars and have been on the Internet at all in the last few years, you already know about the recently unveiled Toyota Supra. You probably also know it’s received a bit of a mixed reception, with some enthusiasts downright enraged at Toyota’s attempt to revitalize their beloved ‘90s icon, attacking everything from its looks to its controversial BMW engine. In this article, we’ll dive into the main reasons the new Supra is getting so much hate from the car community. Spoiler alert: it has almost nothing to do with the performance of the car, and everything to do with branding.

On paper, the new Supra is everything a Supra should be, picking up right where the previous generation left off. Don’t believe me? We’ll, it’s in the right market position, slated atop the Toyota Sport lineup, and not stepping on the luxurious toes of its sister-company, Lexus. It’s competitively priced against other flagship sports cars, even against some of the same models as 20 years ago. It’s priced exactly the same as the previous generation (adjusting for inflation of course). It has an inline, six-cylinder engine with two turbochargers, just like the last one. You might disagree, but I think it looks the part (fake vents aside), especially when dressed in its TRD tracksuit - though I would have preferred the FT-1 concept.

If it all sounds great, why has it become so polarizing? Is it just a bunch of angry fanboys who can’t afford one? Or can a Supra NOT be a Supra, even if it checks all the right boxes? Here’s where brand misalignment comes in.

First, let's talk about the term “brand.” Most people assume “brand” is interchangeable with words like “business” or “logo”—but it’s way more than that. Think of a brand as the sum of all the experiences you have with an organization. Every logo you see, digital ad you click, every belief you read, each customer service experience, and all the products you use are extensions of a company’s brand.

I tend to break it down further, saying that a brand experience is made up of three chronological parts: Promise, Trust, and Belonging. If you think this sounds like qualities you look for in a healthy relationship with a friend, co-worker, or significant other, you’re right. Branding is about speaking to people on a foundational level, so they feel safe and valued.

In fact, Maya Angelou said, “At the end of the day, people won’t remember what you do or what you said, they will remember how you made them feel.” 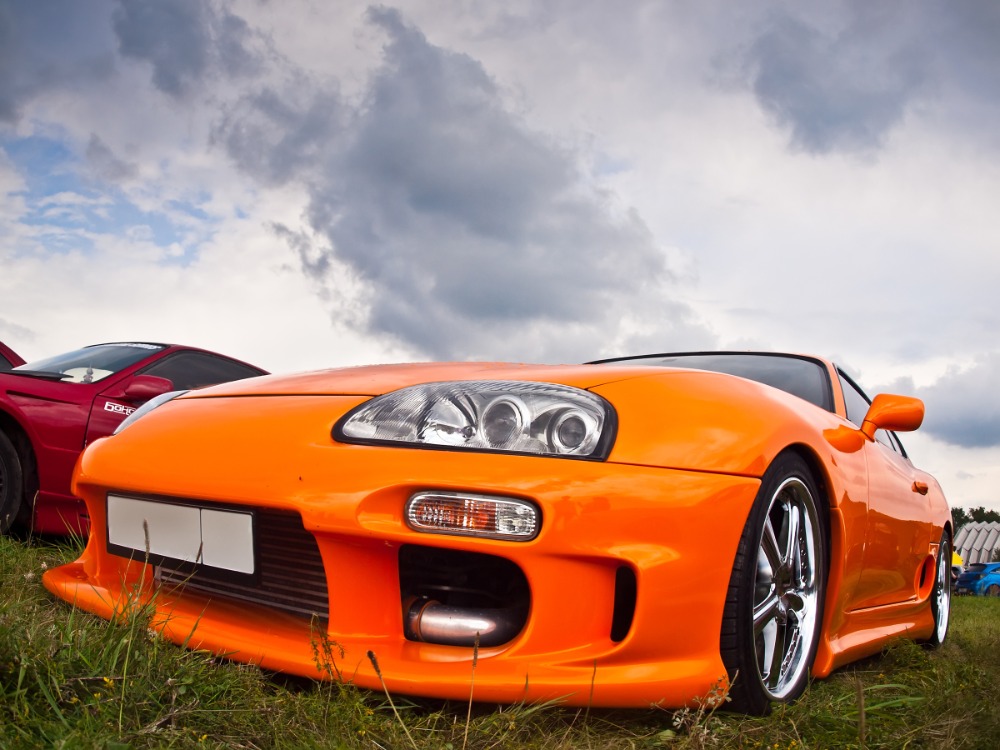 So, let’s start with the first part of branding – the promise. It tells them what you do, how you’ll help, and what you as a business believes. It sets an expectation for people. Consistency is the key here, and the first misstep that Toyota took with the new Supra. In the ‘90s, Japanese car manufacturers set the bar for reliability and efficiency, becoming infamous for their fuel-sipping 4-cylinder engines and million-mile vehicles.

Toyota's promise and expectation to customers then was “reliable and efficient,” and the Mk4 Supra was right in line. It’s 2JZ twin-turbo engine not only got decent mileage for the power, but it was also nearly indestructible. I remember seeing videos and reading forums about enthusiasts getting a reliable 800 to 1000 horsepower from the iconic engine without upgrading anything inside the engine.

The Toyota Supra brand promised performance and reliability in 1998 and over-delivered. It also promised a racing heritage with the Castrol and Denso Sard Supras collecting wins in JGTC from 1993 and 2001.

That’s a lot of substantiated evidence that Toyota and the Supra have delivered on. But In 2019, Toyota decided to use an engine and a chassis from a different manufacturer: BMW.

This communicates, true or not, that they cannot deliver on an expectation they themselves set. If you make a promise and then give the impression you can’t or won’t follow up, there will be problems with the next step.

Toyota had won the trust of the masses in the ‘90s by delivering on their reliable and efficient passenger cars. They won over performance enthusiasts with the venerable 2JZ-GTE engine in the Mk4. But now they had a problem. Customer surveys lead Toyota to the conclusion that the new Supra MUST have an inline, six-cylinder engine.

They didn’t have one, so they decided to ask BMW if they could borrow their twin-turbo 3-liter. In fairness, the choice to outsource engineering and/or design resources is understandable, and companies do it all the time without you even knowing. Automotive manufacturers don’t build cars, they build platforms, which turn into multiple vehicles with different packaging and trim levels. From 1991-2002 Toyota used the JZ platform to spawn 17 vehicles worldwide using similar engines and drive configurations, including the Mk4 Supra and the Lexus SC300 in North America. It’s a significant investment to produce a new car and engine from scratch, but that choice to outsource the engine was the second largest contributing factor to the mixed response to the new Supra.

By outsourcing the engine, Toyota inadvertently communicated they may not have the expertise or resources to reproduce their previous experience, which forced a loss of trust with consumers. To avoid this loss, Toyota should have leaned on other internal platforms, such as Lexus. The customer surveys should have been taken in spirit instead of at face value.

The 2JZ-GTE engine was not great, not because it was an inline-six, but because it was on-brand for the company and the Supra as well - reliable, efficient (Toyota) sport (Supra). It would have been a much better trust- and brand-builder for both the Toyota and Supra brands to use an internal chassis platform. The LC500 would have been a great choice, possibly stuffed with a Lexus 3.5L V6, which could easily be coaxed into making 400+ horsepower with turbocharging.

An all-Toyota-sourced Supra would have certainly helped, but I don’t believe that would have fixed all the problems. Which leads me to the last part of branding, and what I believe is the biggest hang-up with the new Supra.

Belonging is the most overlooked aspect of a brand. And, if you neglect it, it will be the most detrimental in the long run. Belonging is also the hardest to control, so many brands avoid it altogether. Let me set up the scenario for you.

Though the previous Supra stopped production in 1998 in North America, what happened in 2001 was more impactful on the Supra brand than anything that came before. On June 18 of that year, I went with a few friends to see The Fast and the Furious, a movie that would not only shape my view on car culture, but most of America’s view as well. For the next few years, my college friends and I spent our time and money modifying cars (with varied results) and rewatching the DVD release countless times. The best part of the movie was watching Paul Walker’s character turn his scrapyard Supra into the infamous orange Ferrari-killer. The Supra undoubtedly impacted the modified culture in a big way, as unrealistic as it was portrayed in the movie.

The economy was great in the early 2000s, and many performance shops and racing teams around the country built businesses around the Supra and similar Japanese tuner cars. Titan Motorsports’ Supra drag-racer was touted the world’s fastest import, boasting over 1700 horsepower from its 2jz engine. I certainly don’t need 1700 horsepower, but I’m still kicking myself for not buying that stock 1998 twin-turbo hardtop in 2004 for $25k. I couldn’t buy that same car today for less than three times that amount.

The Supra still holds a firm spot in my all-time fantasy garage to this day, with other cars I can’t afford, like a ‘69 Chevelle SS and a Ferrari F40. Apparently, nostalgia doesn’t depreciate.

In all honesty, I don’t care about Toyota, the new Supra, or even the old one. What I do care about are the positive experiences and relationships that I’ve built around them. A business can spend endless time and energy honing its message, refining a product, and striving to create a consistent experience (Apple comes to mind), but it will always lose control as soon as the consumer gets a hold of it. From that point forward, the experiences all belong to them. All bets are off.

The sad thing is most businesses fear and avoid including customer experience in their brand choices. Instead, they tell them what they want and how they should feel—to varied results. Sure, you’ll get people who will come back for the same experience, as long as it doesn’t change drastically. But what if the experience morphs into something bigger and better than the owner originally intended?

Toyota took the one thing that made the Supra a Supra, at least in the eyes of enthusiasts, and phoned in that responsibility to BMW. In my opinion, they should have built the car on the LC500 platform (TNGA‎: GA-L) and made the true, 700-horsepower halo car that people wanted – which is exactly what Nissan did with GT-R. It couldn't have been a financial decision, since they have to know only a few thousand a year are going to sell, especially if you look at competitive numbers for rivals like Corvette and 370Z.

The short of it: there is no real Supra without the 2JZ engine, and if Toyota was paying attention at all in the last 20 years, they should have known that. And what they really should have known was the damage they would cause to the Supra brand.

If you don’t want to make the same mistakes as Toyota, working with branding and marketing experts like those of us at The Karcher Group. Reach out today to discuss your brand.