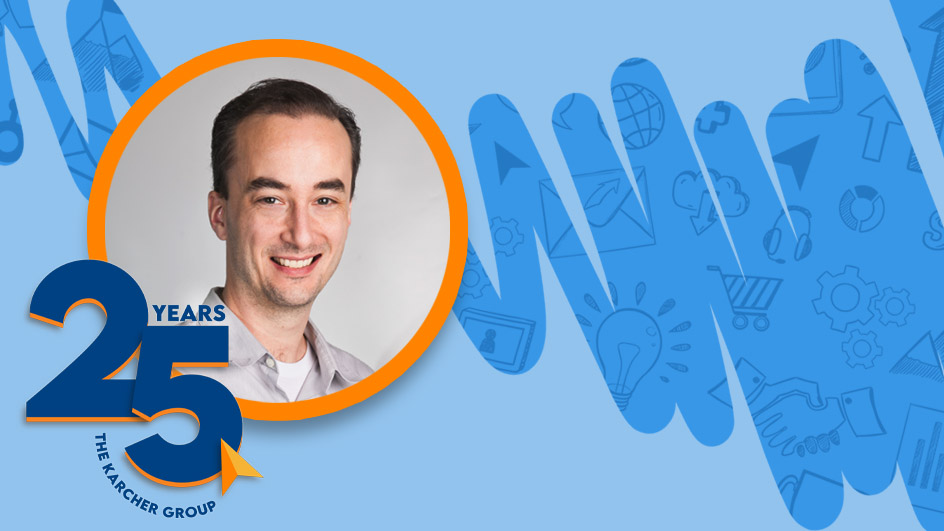 I joined TKG early on in 2000 fresh right out of college. At that time companies were just beginning to try to figure out how to have a web presence. It was like they were given a choice of, “your website can be beautiful, speedy, or high ranking, pick any two.” Geoff’s approach was to give them all three. It was unique at that time to offer SEO services, a design department and a technical department all in one company.

There was a lot of young energy and egotistical ideas that drove early success. The approach of ‘the other guys don’t get it because they are old and stuck in print’ motivated us to work late and do whatever it took to back our claims up. It wasn’t uncommon for me to freak out when Geoff would come back from a sales call and say, “I just sold this now you have to figure out how to make it happen.”

As a tiny company, TKG couldn’t compete with salaries or benefits. But made up for it by showing their true appreciation for employees in other ways. The atmosphere wasn’t always about business, and I know of a few times where TKG used their resources to go above and beyond to help with people’s personal situations. This break down of the barrier between business and personal helped me stay with them for 17 years because I knew they genuinely cared for us and our families which meant more to me than a title or position somewhere else.

Eventually, the web changed, matured and caught up with what companies needed. Companies began adapting how they operate online to what this tool or that tool could do. An off-the-shelf product that takes technical pain out of the picture seems like a good trade-off versus building a custom solution tailored to how they work. This shift was felt at TKG and from my view my skills were becoming less and less important to the company’s future goals.

Two of the three choices businesses had in those early days were now handled in a 15-minute setup process. A beautiful, speedy, site was a few clicks away. No one cared that their beautiful site looks exactly like the 500 others that chose that theme. Fewer companies wanted to go through integrating their business in a custom solution and instead adapted to a less hands-on approach. This made my time with TKG come to a close.

It’s been almost 5 years now since I’ve left and I’m with a company that is offering those three choices in our product. It is tailored to the real estate industry and the challenges we face remind me of those early TKG days. There is no doubt that the success in my career, and how I approach challenges today, was shaped by those late nights of pizza and beer huddled around a console proving that young guys in t-shirts can beat those old guys in ties stuck in the print world.

Take a look at what Dan’s been up to since TKG on LinkedIn.