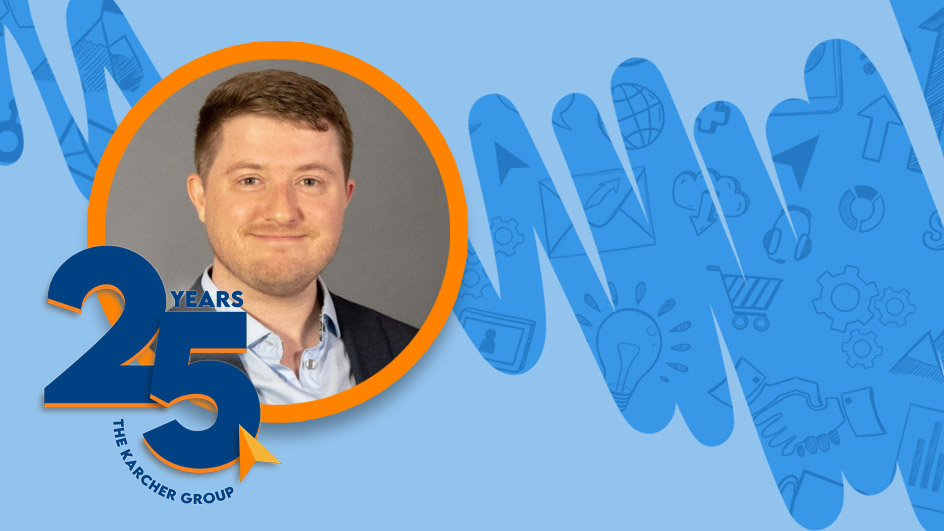 My journey with TKG is a story I’ll always value and remember.

I remember being at a previous job I really didn’t like and was very depressed. They treated me like garbage. I really didn’t know what to do. I was in my mid-20s and after talking with my parents I decided to quit this job despite not having another job lined up, which I had always said I’d never do. It was very scary, but I felt a huge weight lifted off my shoulders. I didn’t know what was going to happen next, but I trusted I was going to be ok.

A week later I got a message from a company in Ohio that wanted to interview me. They said they found me on a job website like careerbuilder.com (I can’t remember which one). I couldn’t believe it. Fast forward a week or two and I was on my way to Ohio from Pittsburgh to interview with TKG.

I entered the building and asked for Geoff, the owner, who I had an appointment with. One of the workers told me he wasn’t there and he was in Youngstown on a business trip. I said thanks and left feeling disappointed and defeated. I remember driving across the street to Chick-Fil-A to drown my disappointment in chicken strips and fries, but then I got a call. It was Geoff. He went on about how sorry he was and had forgotten about the interview and just kept apologizing again and again. He wanted to meet somewhere and we settled on this little Italian restaurant off I-77. At this point, I actually felt relieved and thought I really couldn’t mess this up. I had the upper hand now because he felt so terrible, and ironically, it allowed me to actually just relax and be myself, which I believe is why I nailed the interview. It’s still to this day the best interview story I’ve ever had.

So with that, I started my journey with TKG. This was in 2006 and the office was in the Belden Village Mall. I have great memories at that place where Geoff would stop everyone at 2pm and pass out beers. We’d play foosball and have a great time. I really enjoyed it. We’d also go down after work to BW3s a lot and have more beers and good chats.

My time without TKG wasn’t always fun. When I first started, we had outgrown the systems that had served us as a start-up. Since I studied project management in school, I knew there was a better way. A small group of us put together a plan and created systems on how to handle new projects. I really wanted to make all our lives easier. I was thankful that Geoff understood change was needed and was willing to give it a try. Within about a year we went from full-on fires to only dealing with minor issues that were mostly easy to resolve. I can’t take credit for all of this though, it really was a team effort on everyone's part, as we gathered feedback and made improvements along the way.

You see, that’s what I liked about working for Geoff, he really valued my opinions, even if he disagreed at times. I remember him telling me that he loved it when I went to his office with suggestions for how to improve. I never held back. We’d get into it pretty good sometimes, too but it was because we both cared so much about the company and where things were going. Geoff cares a lot about TKG and it showed. I know, that despite whether or not I agreed with his decisions at times, he was doing what he thought was best for the company and his employees. I’ll always respect that.

In all, I spent about 4 long years with TKG. I always joked I aged 16 years in those 4 years. I saw us grow into a new office at CAK, the birth of an internship program, when Geoff bought tkg.com, the birth of countless new kids, and even a few weddings. Eventually, I got to a point in my life where I wanted something more. Something TKG wasn’t able to provide at the time. I wanted to get out of Ohio and move to warmer weather. I wanted to work remotely (at a time when this really wasn’t too common of practice) and I wanted to have unlimited income potential, something that is very difficult without running your own business.

So with that, I made the difficult choice to part ways with TKG and took a job in Orlando, FL. But I had an idea. I remember breaking the news to Geoff. I invited him to lunch and told him my lease was over and I was moving to a new apartment. He asked where and I said it was in Florida. The look on his face was shocked and he asked how was I going to get to work. I told him I took another job but I had an idea. What if TKG had a southern office? I still wanted to be involved and thought I could handle both jobs. We had a great conversation and gave it a go but in the end, I don’t believe either of us were ready and it didn’t pan out. I see now though that TKG has created their “TKG South” as I had liked to call it and I’m happy to see that dream finally became reality when the time was right.

Since that time I have created a new life for myself in Florida. I work at Full Sail University in Orlando Florida teaching students everything from web design to mobile development for the last 12 years. I have also branched out to build my own real estate business and obtained my Florida real estate license in 2020 and have since grown to become one of the top 20% producers in my office. It’s such an exciting time and I could go on and on. Everything I have done has led me to where I am now, and TKG was a huge part of that journey.

I want to wish TKG the most sincere and heartfelt congratulations on 25 years! What a journey you have had and I was glad to be a part of the ride when I did. Here’s to many more years and a bright future for you all. Congratulations!